What the Plot? (D66-table for random building)

A lot of adventuring in a town like London happens in the street. Sure, you could try for encyclopedic knowledge and describe ALL THE STREETS. But you can also make a few nice tables. Which allows you to introduce a lot more of oddities that the encyclopedic approach.

So if you need a place to meet, your players follow someone that goes into a building, a recurrent question will be: “what’s on the other side of the street?”,then roll on the table and improvise!
As always, Odd numbers are odd encounters.

So which one was your favorite?
Write it in the comment section!

You want to know more? Here is the Summary of the blog
at 25.6.19 2 comments:
Email ThisBlogThis!Share to TwitterShare to FacebookShare to Pinterest
Labels: buildings, Houses, random, Random encounter, Table

Resources for Into London 1814 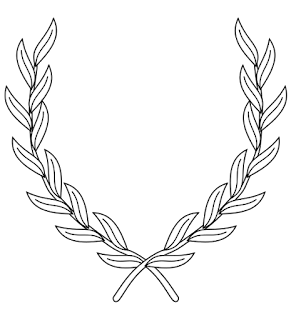 I'm not the only one writing stuff on the internet, as it appears. Not even the only one writing RPG stuff, can you imagine! And others also have great ideas!
So instead of 1) stealing the stuff or 2) reinventing the wheel, I decided to make this post to list the tables, influences, and works I used to build Into London 1814 or while running it.

The french translation of "Into The Odd" added a lot of stuff to the game (also a lot of not so relevant stuff, but we'll concentrate on the positive here)

at 17.6.19 No comments:
Email ThisBlogThis!Share to TwitterShare to FacebookShare to Pinterest 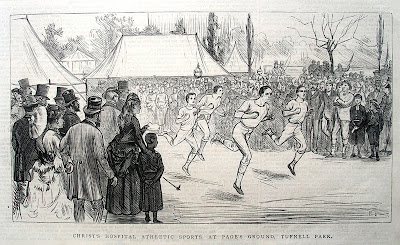 Even though the streets of London are dirty as hell, a lot of activity is to be found there: living quarters are very small and overcrowded, craftsmen (or women) often owns very small and dark places and therefore work just outside their workshop and a lot of person still work in the streets.

If you were to be in pursuit of a culprit, chased by an enemy, shadowing a person of interest, there are a lot of obstacles that can bring interesting scenes in your game.
You can also use this table to spice up any travel within the Smog City, but the entries were created with a concurrent sense of urgency for the players in mind.
Odd numbers are odd encounters.


If you use this table, please add a comment to explain to what result it brought your PCs 😄

High Docks and the Church of the Wings of Salvation

The neighbourhood of High Docks and the Church of the Wings of Salvation are described in the Introduction Kit of the french version of Into The Odd.
So why do I describe it further?
Well, because of the impact in my campaign that my player’s actions have had on this neighbourhood and their new relationship to the Fisher.
For me, High docks is situated in front of Whitechapel, on the other bank of the Thames...

What happened with the Fisher (and why it matters to me):

In the Intro Kit, he is described as a peaceful man, mostly keeping to himself, but with a very big power: If he touches someone, he can impose his will on that person (Will save negates).
¾ of my players did not make the save, and the 4th was somehow forced to get along with the others (peer pressure, you’d call it).
They made a lot of money during the adventure and decided (i did not influence them at all there) to give 95% of their earnings to the Fisher (~20£).
This makes him not only influential thanks to his power and his followers, he is suddenly also wealthy. He will definitely use this money to further his arch-project, buying materials for the construction of his gigantic boat, and probably also paying a few skilled workers to speed things up.

This wealth means that the neighbourhood of High Docks will flourish, attracting more and more craftsmen and craftswomen, but also all kinds of parasites, predators and profiteurs of the human sort.
The Fisher will have to either turn to the authorities (which means implicating himself in the local politics) or to police the neighbourhood himself (well, manner of speaking, his acolytes will be patrolling). Unless an influential Player Character steers him toward the political options, the Fisher will resolve the matter using his own special means: he’ll capture the worst ruffians and try to convert them to his cause (with his weird power over the minds) and use them against those witty enough to keep away from his touch.

But, for me, the priority of the Fisher is to secure his neighbourhood against his past.
He is a Deep One explorer that has been trialed for treason in Innsmouth and that his former kingdom tries to bring to justice, sending him their fishbat-soldiers squads by way of the Thames.
With this money, the Fisher will first employ shooters to kill the fishbats in flight while a very tight net of wire fence is being built up to 6 meters (which will cost a lot of money since metal is not cheap and the fence must be built by hand) along the banks of the Thames.
How will the regent react to a militarisation attempt of High Docks? How will the crown react if they learn about the underwater kingdoms lurking around their island? Could the Deep Ones be interesting allies against their rebellious colonies and their Blocus?

at 24.5.19 No comments:
Email ThisBlogThis!Share to TwitterShare to FacebookShare to Pinterest
Labels: Campaign, Campaign Development, High Docks, London, The Fisher

Dear Diary,
I love to use rumors as a tool to introduce future scenarii and plant the mood in the game.
I normally let the players roll for one rumor at beginning of play. I also use this kind of tables when my players visit an inn, a pub or a party to seed informations that might be relevant in a later adventure. 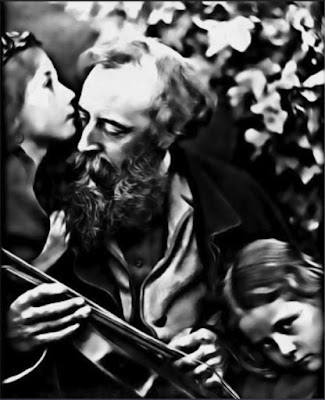